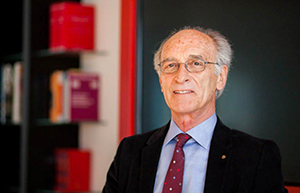 Born on May 2nd, 1945, Enzo Zafferani graduated in Economics and Commerce at the University of Urbino. He was the founder of the Order of Chartered Accountants, the Foundation of Certified Public Accountants as well as founder and president for two
terms of the Association of Liberal Professions. Dr. Zafferani also served as the president of the National Association of Entrepreneurs of San Marino for two terms from 1985 to 1991 and was inducted into the Order of Chartered Accountants and the Register of Auditors of the Republic of San Marino.
He serves as a managing Director of major Sammarinese companies under San Marino law.
Always passionate about motorsports, he has won several national trophies in Italy and San Marino Rally and was President of the Federazione Auto Motoristica Sammarinese from 1981 to 1988, contributing to the establishment of the Formula 1 San Marino Grand Prix at the racetrack of Imola. He still participates in historical competitive rallies.

Born on November 29th, 1976, Elisa Zafferani graduated with honours in Economics and Commerce at the University of Urbino in 2000. She has been enrolled in the Chartered Accountants and Tax Advisors since 2002 and the Register of Auditors of the Republic of San

Marino since 2004. In 2001, she attended the School of Specialization in San Marino Law at the University of San Marino and in 2003 the Auditing Course organized by the Order of Chartered Accountants of San Marino and the University of San Marino. She holds the position of Statutory Auditor of several companies under San Marino law, as well as being the tax representative for purposes of taxes on insurance contracts of foreign insurance companies.
She was a professor of Indirect Taxes at the Centro Formazione Professionale of San Marino in the years 2005 and 2006, and she serves as tutor in the Office for the students of the Liceo Economico of San Marino. She has cooperated with a company that operates in the field of training in financial analysis. 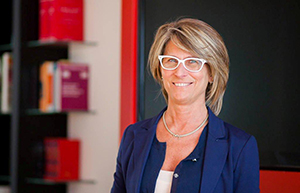 Born on November 13th, 1967, Monica Zanotti began collaboration with our firm first as an employee from 1987 until 1992. She would later gain many years of experience in professional offices in San Marino before enrolling into the Order of Chartered Accountants and Tax Advisors of the Republic of San Marino in 2005. She has returned to work with our firm since 2006.
She serves as a Statutory Auditor in major limited companies under San Marino law. 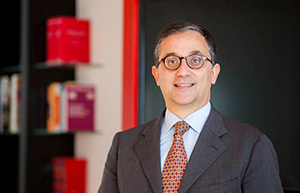 Born on November 12th, 1968, Gianmaria Pagani graduated in Business Administration with specialization in Business Advisor and Chartered Accountant at the University Luigi Bocconi in Milan in 1993. He has also been listed in the Register of Chartered Accountants of Como since 1996 and in the Register of legal Auditors since 1999. He served as Head of Finance and Treasury with leading Italian companies, including listed companies and foreign companies, and participated in the implementation of major extraordinary corporate transactions (M & A) and corporate reorganizations. During that time, he served as an Attorney and managing Director.